A Change of Attitude at the Parole Board of Canada?

We received the following letter from the Parole Board of Canada and the first thing that struck me about it is the clear change in attitude.

Under the Conservative government’s direction there would have been no inclusion in a discussion of this sort. When I spoke at the Standing Committee that reviewed Harper’s crime bill it was at the invite of the Liberal government, specifically Mark Holland who, at the time, was the Justice Critic.

Of course, I’m not getting terribly excited about this. The online consultation is – IMHO – largely ceremonial, just as the Standing Committee was the last time this issue came around. In other words, I don’t actually believe anyone’s input will actually make any difference. Rather I think the decisions have already been made but we need to go through the motions because that’s what government’s do. But I could be wrong.

That being said I believe that Liberals will get it right on this issue and the sooner they get it done the better. A lot of people have been held back for too long, just so that the Conservative government could appear “tough on crime.”

So here is the invitation from the Parole Board. It’s a nice shift in tone and a welcome change of direction. 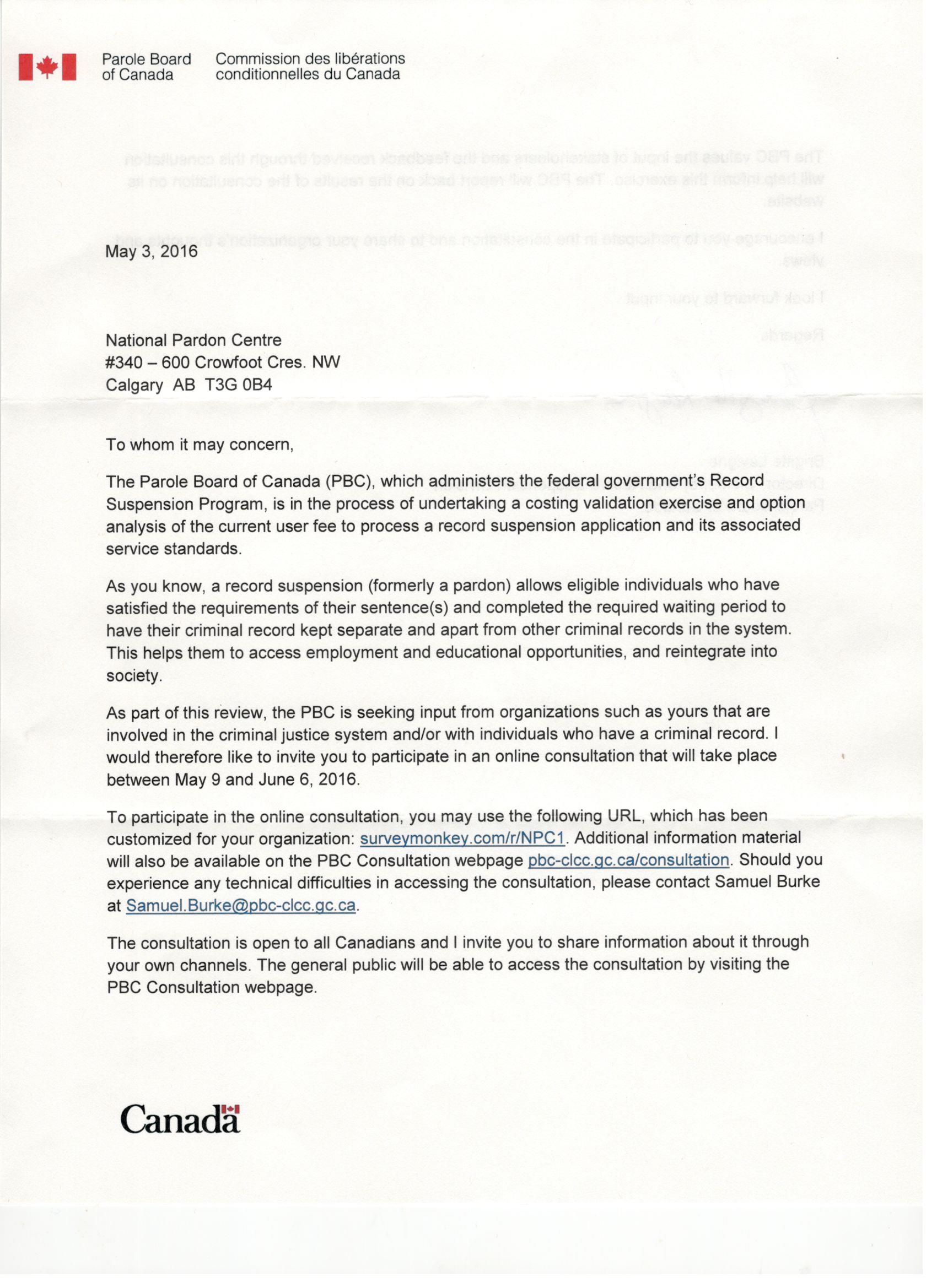 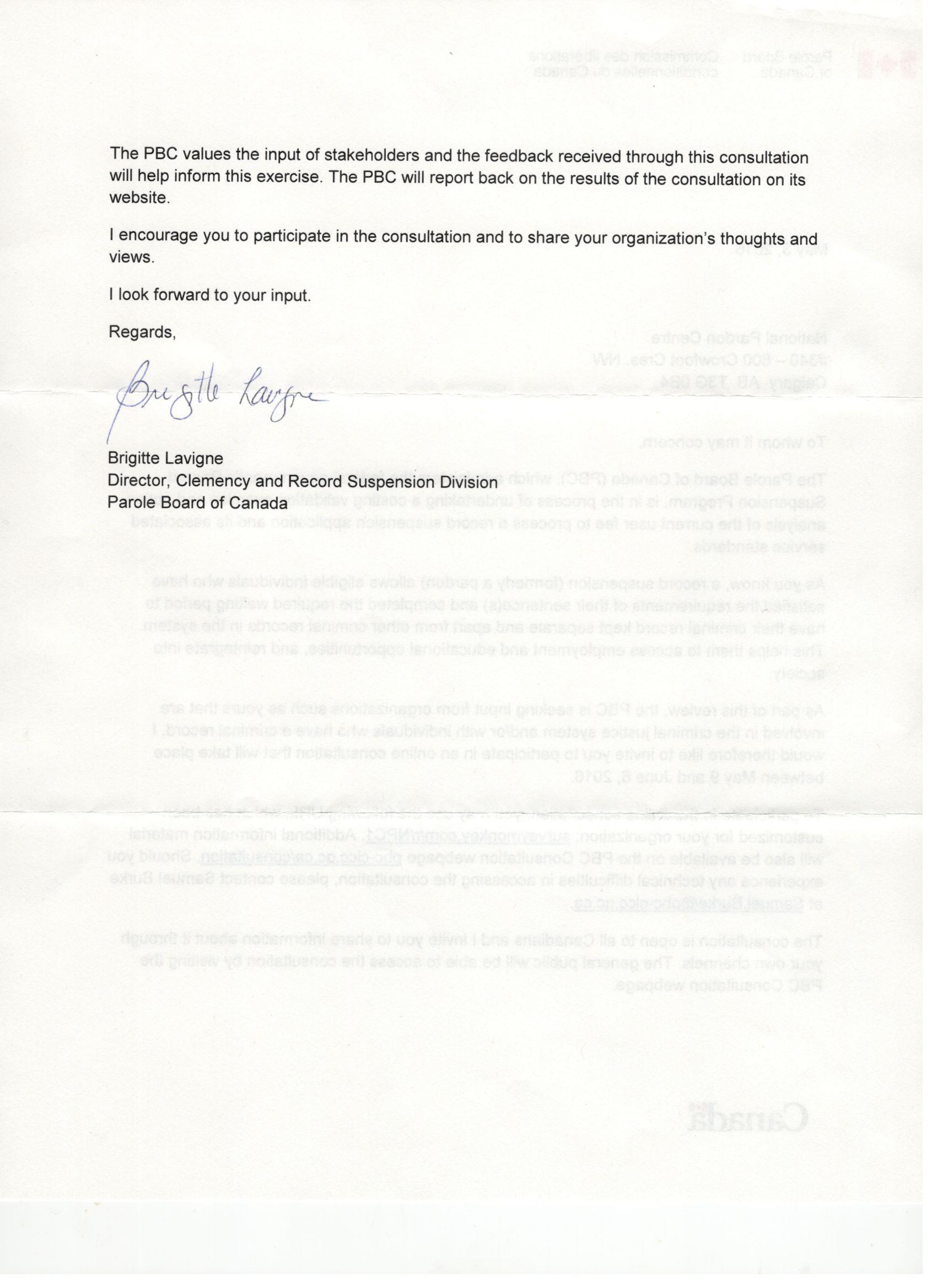 Parole Board of Canada

I’m sure they are looking at it but they haven’t done any public consultations.

What about the 3 strikes your out change under the tories. Are the liberals taking that change under consideration. I was thinking of applying for a record suspension. My last conviction was 33 yrs ago I was sentenced twice to federal terms for various charges. I hope they consider reversing the law. After 33 years it’s like I’m being punished for not seeking a suspension / pardon before 2012

We don’t know what they’re planning yet. For the moment it seems like they’re just sleeping on the whole thing, which governments are prone to do I suppose. Stay tuned.

Keep in mind that it is advisable to begin your pardon application(https://nationalpardon.org/pardons-canada/) or your purge and file destruction at least 1 year in advance of becoming eligible if you want your criminal record to be sealed as soon as possible.The 5 and 10 year criteria for pardon eligibility is a result of the Conservative government of Canada’s tough on crime legislation (Bill C-10) which significantly increased the waiting periods for eligibility.