Information on getting a File Destruction in Canada

When you are arrested and charged by the police you may still be found not guilty in a court of law. If so the charges could be dismissed, withdrawn or stayed. Alternatively you may a diversion. You could also receive a peace bond.

You could also have been found guilty but not convicted. In a case like this the result is an absolute or conditional discharge.

The file destruction refers to the records that are retained by the arresting police force. Most likely when you were arrested you were taken to the police station and then fingerprinted and photographed. It is therefore important to keep in mind that those records will remain on file regardless of the outcome in court. So even if you are found not guilty a criminal record will still exist. To remove it, you need to request a file destruction from the arresting police.

Below are some examples of confirmation letters following the request for a file destruction: 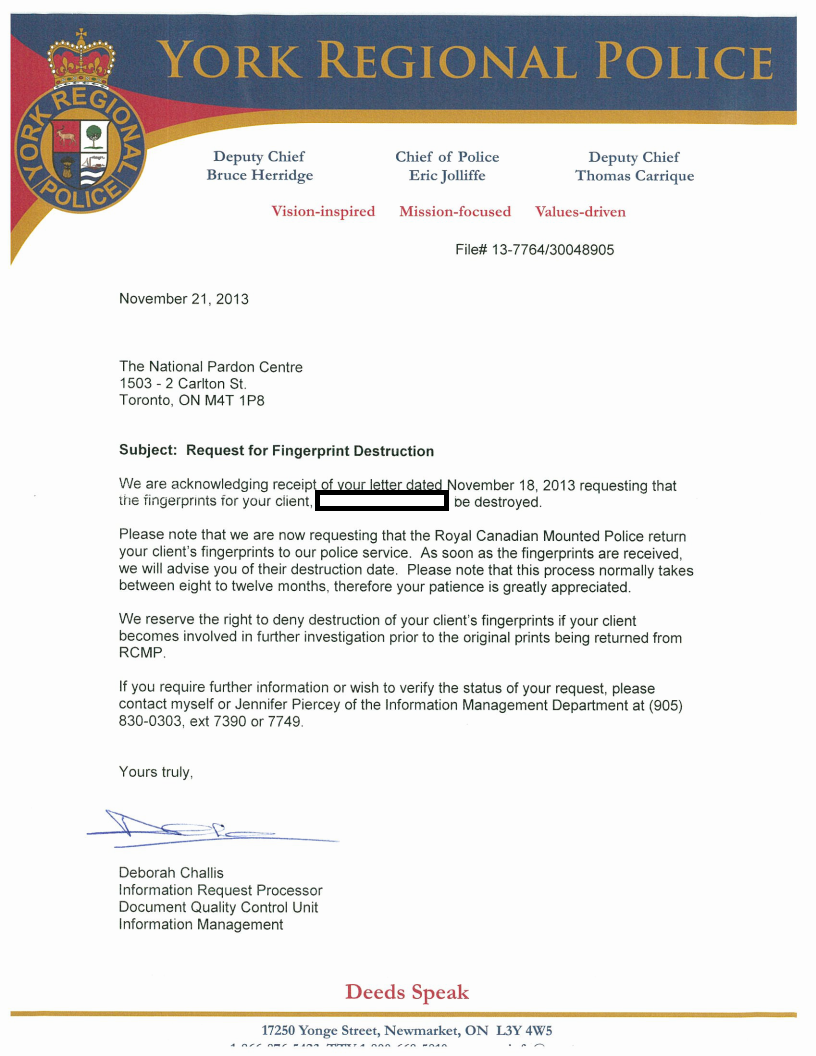 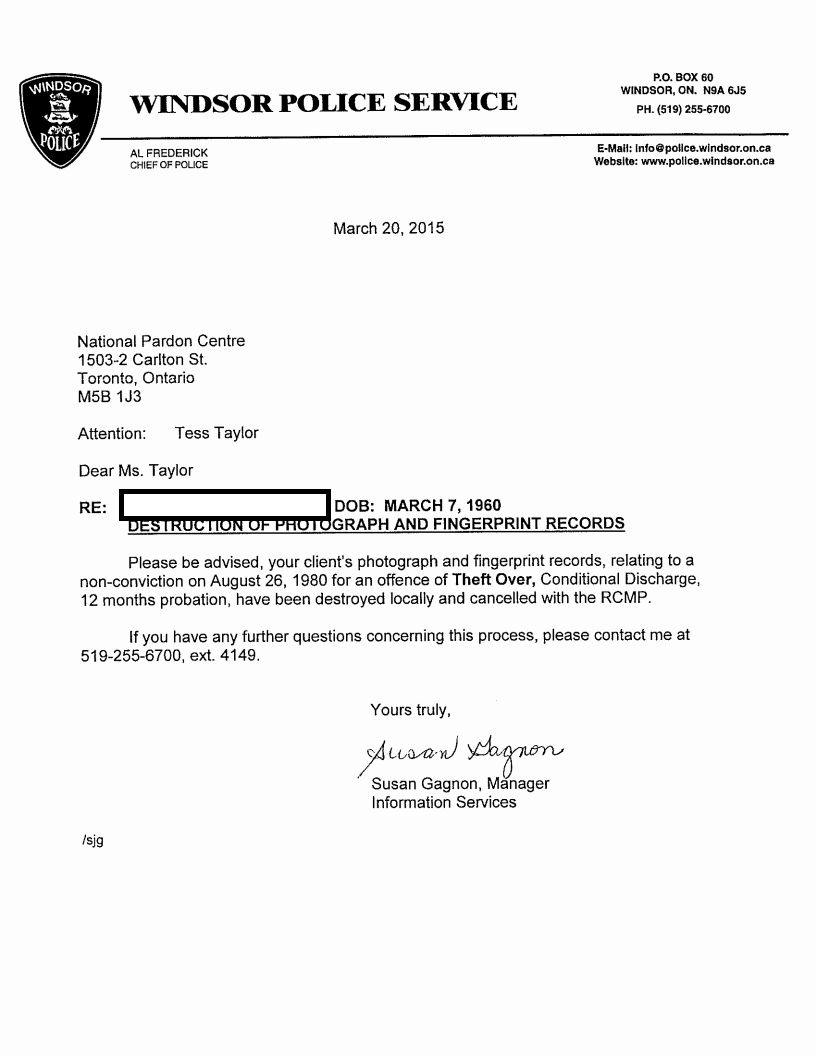 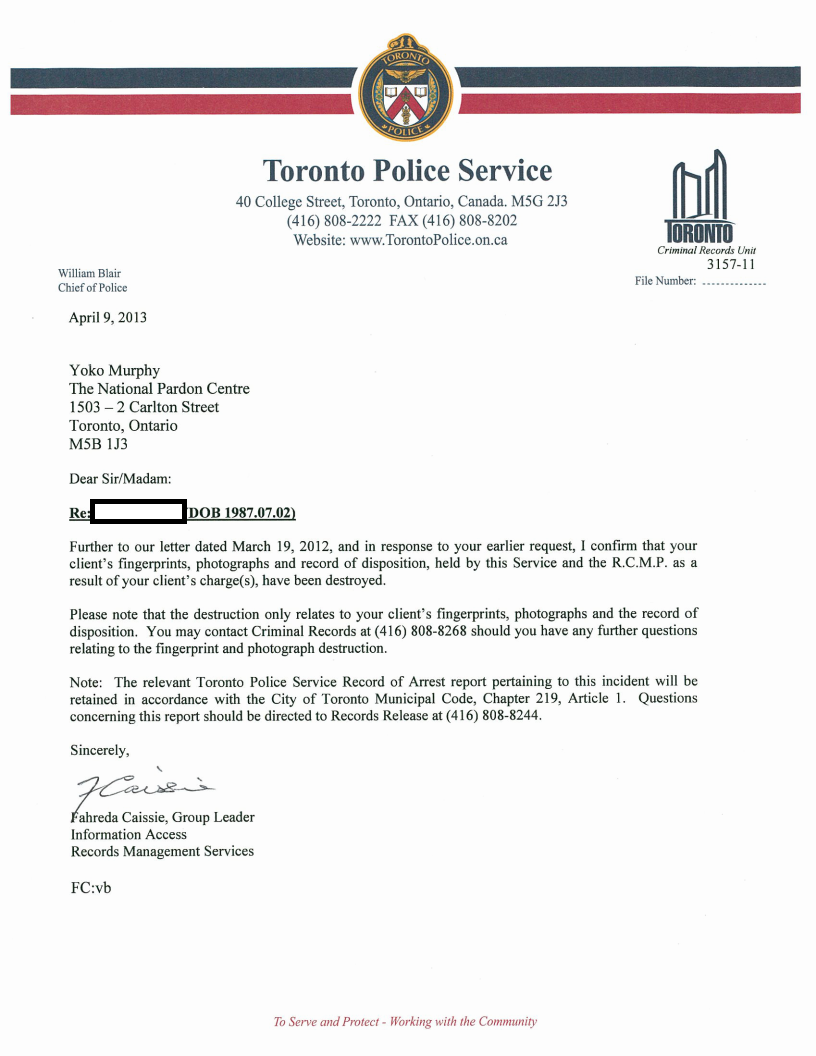 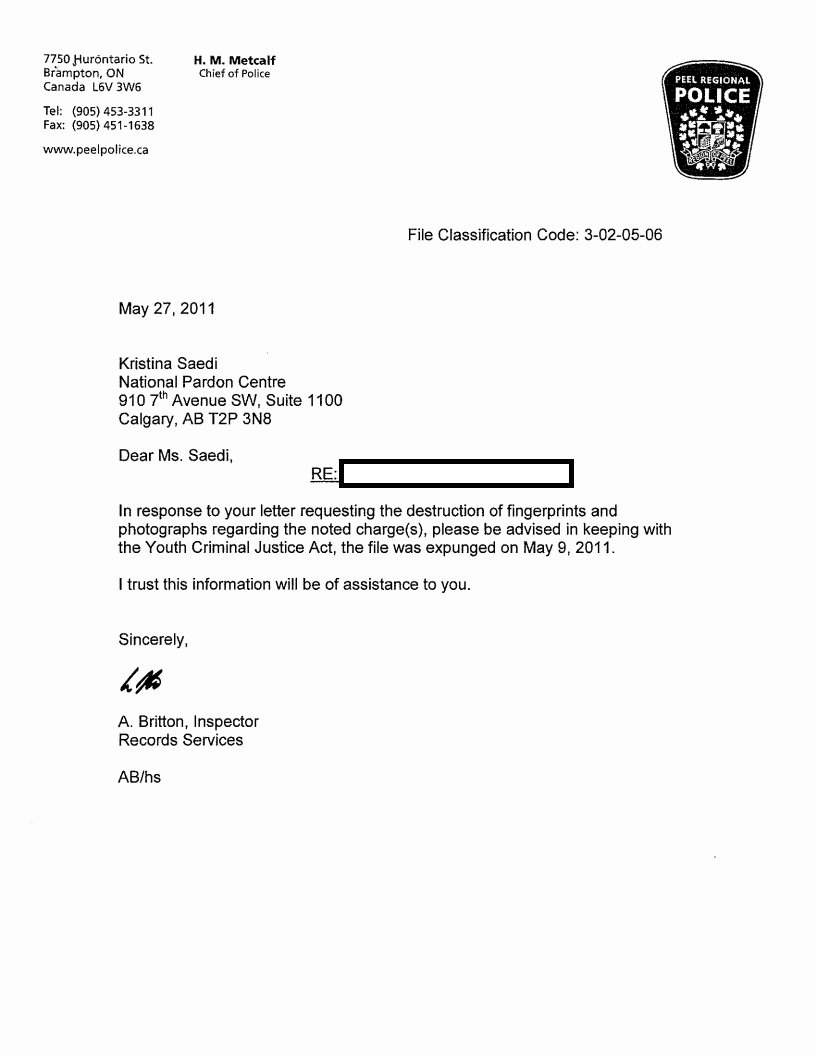