Can’t work, can’t volunteer, can’t live and still waiting? If you were one of the unlucky 22,000 people that submitted a pardon application to the Parole Board between July 2010 and February 23, 2012, it’s likely that you are still waiting for your pardon to be granted. You are considered part of the pardon backlog and there is no one in the government feeling terribly compelled to help you out.

Why is there a pardon backlog?

The Harper government increased the filing fee for pardon applications from $150 to $631 on February 23, 2012. On March 12, 2012 some additional changes were made to the legislation which created the pardon backlog, most notably:

Following these changes the Parole Board made the decision to prioritize applications submitted under the new legislation and increased fee, over those already in process. This created a pardon backlog of thousands of applications. 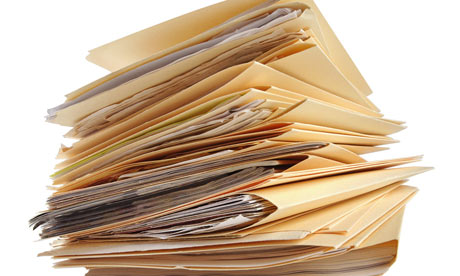 Â Am I affected by the new laws?

If your application was submitted prior to February 23, 2012, you are not subject to the increased submission fee or new record suspension legislation. Unfortunately, you are part of the pardon backlog.

What is being done regarding the backlog?

At the end of November 2012, new employees were hired to work specifically on the backlog of pardon applications at the Parole Board, which numbered approximately 22,000 at the time. Current estimates place the number of files in the pardon backlog at approximately 20,000.

How much longer will I be waiting?

There is no estimated timeframe for when the pardon backlog will be cleared. The Parole Board posts online which applications they are currently working on (http://www.pbc-clcc.gc.ca/prdons/backlog-eng.shtml), although we are seeing applications being processed that were submitted after the posted dates.

Can I expedite the process?

Unfortunately politicians, lawyers, and personal pleas will not get your pardon granted any more quickly. Pardon companies also have no control over the government or their processing times. If you wish to submit your file under the new legislation and have it removed from the pardon backlog you can. You must first qualify under the new eligibility guidelines, re-do your police check(s), write a detailed personal letter of explanation to the Board regarding your application, and pay the $631.00 submission fee.

How do I get an update?

The Parole Board will not tell you when your application will be processed. They will confirm that your application was received, and notify you (or us) in writing when your file has been assigned to an agent for review. Beyond that good luck getting an answer regarding when to expect your pardon, but you’re welcome to try: 1-800-874-2652.

How long will my application be under review once assigned to an agent?

The Parole Board states that all timeframes are â€œestimatesâ€ and â€œnot guaranteedâ€, but say on average files take 3 months in process once assigned to an agent if there is no proposal to deny your pardon.

What do I do for now?

For the moment you can only wait patiently, unless you would like to start a new application. If you completed your application with our company we will notify you as soon we receive any information from the Parole Board regarding your pardon.

Questions? Give me a call.

Can you please share generally how long after the posted dates? A month…several months?

Also (and I may be just hoping against hope here) I expect that, once the summary pardon applications have all been dealt with, all of the ‘backlog staff’ that you referred to will be able to turn their attention to indictable pardon applications, which may move things ahead at least a little bit faster. Do you agree with that?

Can you please share generally how long after the posted dates? A monthâ€¦several months?

We are pretty much seeing all of the above. I really don’t have a lot of information to provide on the Parole Board at the moment but we think it is likely to be a few years before this backlog is cleared up.

Hi, i was in the backlog for 22 month (Nov 2011-Sept 2013). In february 2013 i read in your blog about the backlog, i was not really happy to learn that. So i call the PBC, and they told me that i might to wait between 18-36 month to get my pardon, they also told me that i would qualify in september for a record suspension. I waited 7 long month, because i knew that i was gonna pay the $631 the first day i was eligible. My life is on neutral for too long now. So in september i transferred my file for a record suspension. I have two summary convictions (1995 and 2007) and one indictable conviction (1998). My question is, even if the PBC says that my application will be process in a maximum of 12 month if a record suspension is granted, what is the average waiting time, please. Thank you in advance a thanks for the blog.

Average processing times would be about 12 months so I’m not sure that information helps you out much. Some files come back pretty quickly others take quite awhile.

The Parole Board certainly needs some restructuring.

It sounds like they’re purposely making us wait… This might take another 5 years! Isn’t that a crime? making us wait because we handed in our applications before they made changes…

I completely agree. Unfortunately there is not much we can do about it other than vote Liberal in the next election.

Hey Michael. Just wanted to start off by saying I think it is great you have a blog. Very few pardon companies allow this kind of online discussion.
I submitted my pardon apication back in Oct . 2011 for two summary convictions. Looks like I will be celebrating the third new years in a row without my application even being looked at by an agent.
I was wondering what the “enquiry stage” involves. I have not been arrested or had any convictions since the last ones I am trying to get a pardon for. However, I would like to. Know wwhat other factors they look at during this stage. I have heard that the parole board will check people’s facebook accounts and use data mining. I have also heard that if you had anything such as a noise complaint or a a speeding ticket that it could get your application denied. Do people with summary convictions often get denied? Can you elaborate on this at all? Thanks.

Thanks for the compliment on the blog. As for your question I guess the honest answer is I don’t really have any idea any more how the Parole Board operates exactly. Everything you’ve said is true. We’ve seen applications refused for traffic violations but in all fairness that is quite rare. What I believe is happening is that the Parole Board has been given a quota to meet in terms of rejected pardons. If you recall the Tories were upset that most applications were approved and they simply ignored the fact that it’s because no one applies who is not eligible in the first place. So it was quite a stupid thing to be concerned about. Having x number of pardons rejected, rightly or not, conforms to their tough on crime politics. But all that beings said that’s just my guess.

It looks like you’re application period is coming up. You can check the status page by clicking the link below.

What does that mean? I hate to say it but it means they might begin your application in week or two and maybe it will take them two more years. It’s really impossible to say.

But regarding your final question, the answer is no, summary convictions are not denied all that often. Of course it depends on the details.

I realize that is a very inconclusive answer but it’s the best I have.

Happy holidays to you. Perhaps a miracle is coming your way and you will have your pardon before the new year. I will keep my fingers crossed for you.

I am just looking to have a few things cleared up.
I have just gotten my application done with National Pardon Centre (sent in my fingerprints, and paid the total owing in full). Some things I was wondering from reading other people’s comments and concerns online:
– I read about the backlog and how people who applied before the changes have been made by the Conservatives have been waiting for a few years now. Will this affect me at all? Or am I still looking for an average of a year for the pardon to go through?
-People write that pardons are a scam and don’t do anything for you which I don’t understand why they say that. I am hoping I can apply for jobs without worry of a background check (I am a student and looking to do a career change hopefully in 2014 if everything works out). I also want to be able to travel without fear. I have heard of someone admitting to US customs that they were pardoned and then they got banned from the US. I guess why admit it if that’s the consequence? I know it’s not lawful to lie to the Border Agent but if they can’t prove you are lying then it seems to be I should be able to enter the USA without fear after my pardon. I also want to travel to other countries without fear. I have not left Canada since my conviction in 2006.

Thanks for your time,

First of all pardons are not a scam. But some pardon service providers most definitely are. I think that’s where the confusion is created. As for your pardon itself once the record is sealed you can travel to the States (but it’s true you have to tell a small lie if the issue ever comes up). As for travelling to other countries and applying for work the record is gone for all intents and purposes. Don’t worry. Getting a pardon is a very smart thing to do.