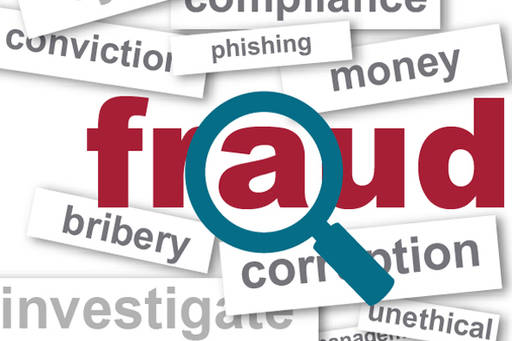 Fraud Under $5000 in Canada: What You Need to Know

Fraud is a charge that is similar to theft but has its own legal distinction. Much like theft, fraud involves obtaining goods, services or money in an illegal manner. However, fraud usually entails gaining something through trickery or misrepresentation, while in theft the methods are more straight forward.

Since it doesn’t typically involve violence or intimidation, fraud is a classic example of a “white-collar crime.” Fraud is commonly seen in sectors like banking, finance, and accounting. It can be contrasted with “crimes of passion” in that strong emotions are normally not at play. Fraud is the epitome of a subtle, calculated attempt to acquire funds in an illegal manner.

The relative seriousness of fraud charges in Canada is determined by the monetary value involved, with a dividing line set at $5000. A fraud under $5000 charge is a less serious version of the offence, and can be either civil or criminal. Fraud over $5000, however, is always treated as an indictable criminal offence in Canada.

How is Fraud Different than Theft?

$5000 is a dividing line that applies to both fraud and theft, splitting each offence in two different “classes.” If both involve obtaining a monetary amount illegally, and both can be divided into classes of severity based on that amount, why would an act be considered theft versus fraud?

The answer lies with the methods involved in obtaining the funds. While the average victim of theft or fraud might focus more on the result of the offence (they lost a certain amount of money), the law distinguishes between money obtained through force, threats, or stealth rather than guile or trickery.

Break into someone’s house and steal cash from under their mattress, and you’ve committed theft. Get someone to voluntarily give you money to invest in a shady scheme, or use their money in a way that they didn’t authorize, you’ve committed fraud.

Theft usually involves force or stealth to acquire the goods. It’s theft under $5000 if, for example, someone left four $1000 bills on a coffee table in their home, and someone broke the window, climbed

At the end of the day, it’s about whether you took the money against someone’s will, or had them give it to you under false pretenses.

Under Canadian law, fraud under $5000 can be considered either a civil or criminal act. In both cases, the court system will still be involved. In a civil case, there is no prosecutor; there is only a plaintiff and a lawyer suing for damages.

There is also a defendant in both civil and criminal fraud cases, with the difference being whether they will be found guilty of a crime or simply be forced to pay damages – a civil case entails a plaintiff suing the defendant for some amount of money.

Civil damages for fraud under $5000 are normally for that amount plus any other fees for hardship depending on the circumstances.

In criminal fraud cases, the situation is a bit different. The defendant in a criminal fraud case takes part in a typical trial where their guilt will be determined by a jury. If the jury finds the defendant guilty of fraud, the consequences vary depending on the case and can involve fines or even jail time.

Regardless of the amount involved, if the defendant is found guilty of criminal fraud, this will be reflected on their criminal record – in addition to the fine they need to pay or sentence they are required to serve. It is important to remember that fraud under $5000 is in the criminal code and can still be considered a criminal offence.

What are the Various Types of Fraud?

Fraud under $5000 always involves some form of deception to obtain the funds, but it can happen through a variety of ways. Below are some of the most common types of fraud in Canada. Note that they can involve sums either above or below $5000 in some cases.

This type of fraud is common in business transactions where the customer lacks sufficient knowledge of the services being rendered by the vendor. Contracting work such as plumbing and electrical repair is a good example of this. If a plumber falsely claims that certain problems need attention in a home, or if they misrepresent the parts used in their job by stating that they are of higher quality than they are (and pocketing the difference in cost), they have likely committed services fraud.

Identity fraud, along with identity theft, is a common fear in our hyper-connected world. If someone acquires your personal information and uses it to make purchases, financial transactions and so on, they have committed identity fraud. This type of fraud often occurs without the victim knowing about it until it’s too late, at which point their bank accounts and credit cards have to be frozen.

Another type of fraud that takes particular advantage of our digital way of life is advance fee fraud.  In this case, a customer is offered goods or services under condition of an advance fee, and upon paying the fee no goods or services are rendered. This is sometimes referred to as a typical “scam,” and has actually been around for ages.

Insurance fraud is another widespread type of fraud. It involves falsifying damage or exaggerating the value of certain items in order to collect a higher amount of money from an insurance company. In some cases, one might even damage or destroy property on purpose to collect on an insurance policy.  Arson in homes or businesses is a common way to do this, for example.

This type of fraud commonly occurs within the context of business expenses, especially travel expenses. An employee might inflate the cost of purchases made on their trip, or add certain costs that are not normally covered in the hopes that their company will foot the bill. In some cases, expenses might be entirely fabricated in order to obtain money. This is a rampant issue for businesses, especially medium to large businesses with a substantial workforce of travelling employees.

This type of fraud usually involves sums over $5000, but lower amounts can still come into play. Securities fraud happens when one provides false or misleading information to investors when trading in stock. Securities violations are numerous and complex, but securities fraud is a common occurrence.

Common in organized crime, racketeering is a form of fraud in which iladministrative services are charged and paid for. For example, money is collected in exchange for “protection.” A particular form of racketeering is often referred to as “loan sharking” wherein exorbitant interest rates are offered on loans.

The Consequences of Fraud in Canada

According to the Canadian Criminal Code Section 380 (1), someone has committed fraud if they:

“…by deceit, falsehood or other fraudulent means, whether or not it is a false pretence within the meaning of this Act, defrauds the public or any person, whether ascertained or not, of any property, money or valuable security or any service.”

The punishment for fraud in Canada depends largely on the dollar amount involved. Generally speaking, we’ve already seen how $5000 is a dividing line between less and more serious types of fraud.

Fraud under $5000 can be considered a summary offence, especially if it’s a first offence. A summary offence means that the person charged may not be required to appear in court and can have an attorney act as his or her representative. In this case, a fine of under $2000 could be imposed, with the potential of 6 months of incarceration.

There is also an even more severe case of fraud in the eyes of the law, and that is when the amount exceeds one million dollars. In this case, a minimum sentence of 2 years in prison is required.

In all cases of fraud, mitigating circumstances such as the defendant paying back the money to the victim could reduce sentences, but there is no guarantee of this.

If a person has been convicted of fraud in Canada, this information will appear in the Canadian Police Information Centre database. It will appear “on your record” and will be publicly accessible for a fee.

That means anyone who wishes to do a background check will see the criminal conviction and sentence.

It’s important to remember that fraud in Canada is considered a serious act even if it doesn’t involve violence or injury. Fraud charges in Ontario or anywhere else in Canada can restrict opportunities in several aspects of one’s life, including:

Traveling with a fraud conviction on one’s record will be difficult, especially to the U.S. Fraud is considered a crime of “moral turpitude” under the American convention established with Canada. That means it will be flagged by customs agents and can potentially result in a permanent ban from entry into the United States.

A fraud conviction can pose a serious problem in finding housing. It’s common for landlords to conduct background checks, and any criminal conviction may cause that landlord to reject an applicant. A fraud charge can be a deterrent whenever dealing with monetary transactions in general, such as borrowing money or purchasing a home.

When it comes to employment, in some sectors it is flat-out illegal to hire someone with certain criminal convictions in their record. Even fraud under $5000 can completely bar someone from working in certain sectors, especially those related to finance, bookkeeping and other corporate positions.

Finally, a fraud conviction can make things difficult on a personal level. Volunteering, working with vulnerable individuals or adopting children can all be out of reach for someone with fraud in their criminal record.

What Your Options Are if You’ve Been Convicted of Fraud

Fortunately, there is hope for someone living with a fraud conviction in Canada. Obtaining a record suspension – also known as a pardon – can set one back on the right path to re-integrate into society.

For example, if the conviction is for fraud under $5000, one qualifies for a Canada pardon after a conviction-free waiting period once all fines are paid and all sentences served.

If the pardon application is approved, all traces of the offence, including the arrest, conviction and sentence, are sealed. That means anyone who contacts the CPIC database will not see anything on your record relating to that offense – the same result as if the crime had never happened.

Should a person with a fraud under $5000 conviction be denied entry to the U.S., they will require an entry waiver to cross the border. This is a special document recognized by both Canadian and American authorities which grants special permission to enter the U.S. Note that this is not a permanent solution and will require renewal.

Seeking Help for a Canada Pardon

A person with a fraud under $5000 conviction seeking to obtain a record suspension/pardon or entry waiver should seek help in navigating the process. The application for a waiver in particular can be a difficult and confusing process requiring many forms certifications and other requirements. Getting the help of a professional, experienced team of experts can remove obstacles and reduce headaches.

In the end, one’s chances of success in obtaining an entry waiver, pardon or record suspension will be increased if all the requirements are satisfied and the application is handled by someone who understands the process. The sooner the fraud conviction is sealed from one’s record, the sooner they can get back to living a normal life.

If a report is filed against a person with no evidence provided, no police investigation, hence no procecution as the person is 100% innocent. How do they have the report/accusation removed from their background check?

Contact the arresting police force. If you are not comfortable with that call us and speak with a counsellor.
Kind regards,