With George Bush about to [finally] leave the White House there is a lot of talk in the news about who will receive the final presidential pardons. I have no personal interest in who does or does not receive a pardon from the George Bush but there is a part of me that thinks the American pardon system is just a little unfair. 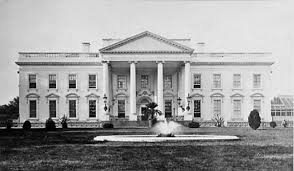 Word is that petitioning for a presidential pardon costs in the range of $200, 000 dollars in legal fees. Otherwise you will need to have a very close political connection if you have any chance at all of receiving a pardon.

If this is not an elitist system I don’t know what is. In Canada our own pardon system seems a shining example of a fair and unbiased government system in comparison. As many problems as there with our system here in Canada it really is not a system based on who you know or how much money you have. In Canada if you serve your time, complete your sentence, and stay our of trouble you can make an application to have your criminal record pardoned. And once you have a pardon it is illegal for anyone in Canada to discriminate against you based on it.

The idea that a president, particularly one as woefully inadequate as George Bush, is the only man in the country with the authority to determine who deserves a second chance is just a little too dystopian for me. I don’t know who will receive the final Presidential pardons before Bush leaves the Whitehouse but I would bet my last dollar that there are more thanÂ a few people who deserve it more, but who are, unfortunately, not even in the running for one.