Trusted Pardons Not So Trustworthy

I have been relatively quiet on this topic for the past while because I got so fed up with chasing the same problem. But here we are again and I’m sorry to say that things haven’t gotten any better.

Trusted Pardons Obtained This Person’s Email Without His Knowing

The person who received the following email is a client of ther National Pardon Centre, and has been since 2008 since he is processing a USA entry waiver. Unfortunately his pardon is caught in the backlog created by the Conservative Government under the leadership of Stephen Harper. But that’s beside the point.

The point is that somehow (our client isn’t sure how) Trusted Pardons obtained his email address and emailed him the following scare tactic. Before you read on let’s be clear that there are no changes to the Criminal Records Act being proposed that would do anything but benefit someone looking to get a pardon. Therefore, we’re calling this email what it is, a scam. 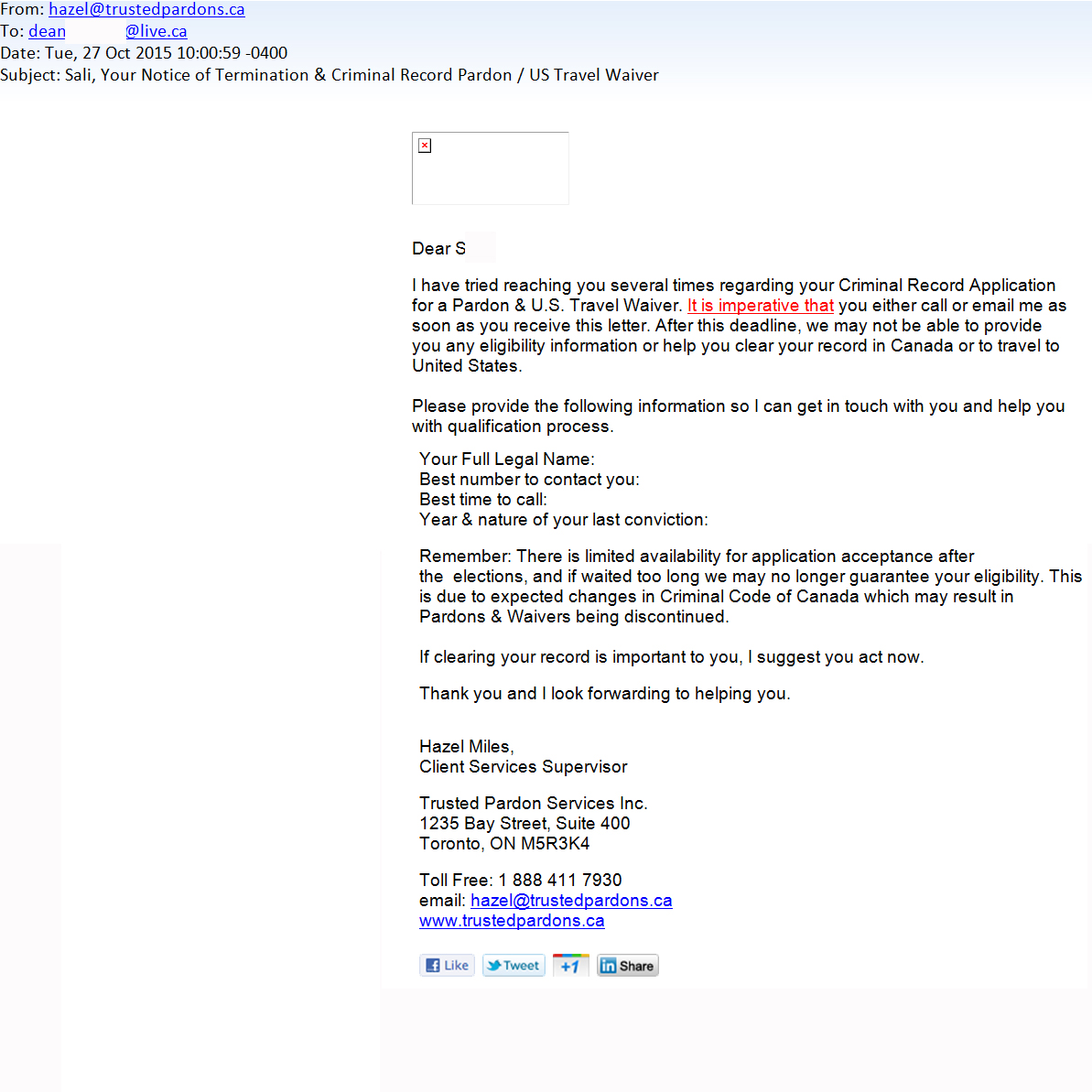 This particular scam aimed at scaring people into believing that the pardon program will be eliminated was popular during the debate over Bill C 23. It died down a little bit but it looks like it’s still being used unfotunately.

This is the Trusted Pardons Website to Stay Away From

We’re going to watch out for this kind of thing in the future and any company we see misleading people, will be posted here and reported to the proper authorities.

P.S Some online reviews below are worth a read.