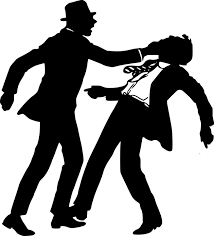 This article will cover all aspects of being charged with assault in Canada.

What is an Assault Charge?

Like many charges in the Canadian criminal code Assault covers a fairly wide range of activities. Assault in Canada can be anything from fist fight to a beggar asking for money too aggressively. It can be a very serious violation of another person or it can be a simple misunderstanding where someone calls the police and an arrest is made to err on this side of caution. In either case however the defendant is facing a serious infraction of the law and the arrest should be taken very seriously.

Being arrested for assault in Canada

Being arrested for assault in Canada is not a pleasant experience. If you are in a situation where an altercation occurs and the police are called most likely there will be arrests made. Domestic disputes seem to be particularly prone to blanket arrests. For whatever reason if the police are called during a domestic dispute most likely someone will be arrested for assault. In other situations the police

The most common type of we see here at the National Pardon Centre is simple physical altercation. A misunderstanding from a bar fight is a very common story we are told. Another is a domestic dispute.

Perhaps you haven’t even attended court yet and you’re wondering what exactly will happen to you. Like almost any other charge it is going to depend largely on the details of the occurrence and the Crown Prosecutor’s ability to convince the judge you are guilty. Remember, it may not feel like it right now but you are innocent until PROVEN guilty, not the other way around.

Presumption of Innocence in Canada

However if you are convicted of a simply assault you will be facing a possible jail term, although it would be very, very unusual to receive one.

Assault causing bodily harm is just like assault but with the distinction of actual physical harm coming to another person. As mentioned above we have seen many assault convictions where no one was seriously, or even moderately, hurt. Yet still an arrest is made and a conviction is obtained. But for someone to be charged with the more serious offence of Assault causing bodily harm there has to be some form of physical trauma to the defendant. If you are convicted of this offence you could face jail time and obviously the more severe the harm to the defendant was the greater the chance there is of a resulting prison sentence.

Assault with a weapon

Combine assault and assault causing bodily harm with an object meant to threaten or injure another person and the assault charge will be increased to assault with a weapon. Many people will immediately think things like guns and knives when presented with this charge but the truth is that the weapon could be any object at all. Throw a plate across the room at your life partner and there is a very reasonable chance the result will be assault with a weapon. Carry a gun and threaten to shoot someone and you will definitely find yourself on the wrong side of the law. The result may very well be not only assault with a weapon but uttering threats, which is simply another form of assault.

Everyone who commits an aggravated assault is guilty of an indictable offence and liable to imprisonment for a term not exceeding fourteen years.

Sexual assault is about as straightforward as assault causing bodily harm but there is an enormous list of various sexual offences. However, covering all of them is beyond the scope of this article.

For most sexual assaults it doesn’t necessarily matter if any physical harm came to the victim, what matters is that there was sexual activity without consent. Essentially there can be a simple sexual assault, similar to the simple assault charge but, of course, there must be a sexual component to the encounter. All of the previous charges of assault that did not involve a sexual component have an equivalent for these situations.

We have seen situations as simple as someone being accidentally bumped into where the result is a sexual assault charge. However obviously the problem doesn’t stop there and there is a wide range of different offences that go right up to human trafficking.

271 Everyone who commits a sexual assault is guilty of

Give me a call and I would be happy to help. I bet I can guess within 3 tries what company ripped you off.

FYI, laws have not changed recently.

I have a question about a charge that was not suppose to be made by a spouse that spouse had got 2 counts of domestic on spouse. And has never been charged for anything in life however the 2 spouses has been going through a rough time on a child since the child was born 2 yrs ago. The child had numerous of heart surgeries and on Feb of this yr the child had past at the age of 2 and just turned 3 in April. And the person that is getting charged with 2 counts of domestic that spouse did not want any charges laid as the person had called on that spouse just to go and check up on that spouse but back fired on that person? They are still grieving in a bad way about there child and now these charges had got laid for no reason at all how can they beat the system specially if the domestic happened awhile back but nobody reported it and just recent nobody grabbed anyone other than a phone call?

iam a senior with emotional disabilities. i have a emotional support, therapy service dog with me properly, and prominently identy tag on her harness. i was physically denied access to a supermarket, by a security guard, who refused to look at my medical documents, and when iobjected, and refused to allow me to speak with the owner, or manager, he physically pushed me up against the wall. i suffered a panic attack, urgenced sante, and police were summoned. reports of the incident are on file. do i have grounds to file assault charges.. the guard has not been identified to me

I am very sorry hear of your experience. Unfortunately this is not something we can assist with. You may want to consult a lawyer.

My boyfriend is in incarceration now from an assault charge from 15 years ago, he was punched in the face first and he shoveled the person away. A so called witness made a falsified statement saying he booted her and he did not. how do I get him out ASAP because he is my mental support and keeps the order of the house when it comes to so much, I feel like I am just having panic attack after panic attack. I suffer from anxiety and depression clinically and I need my support system back

Unfortunately this is not something we are able to assist with.